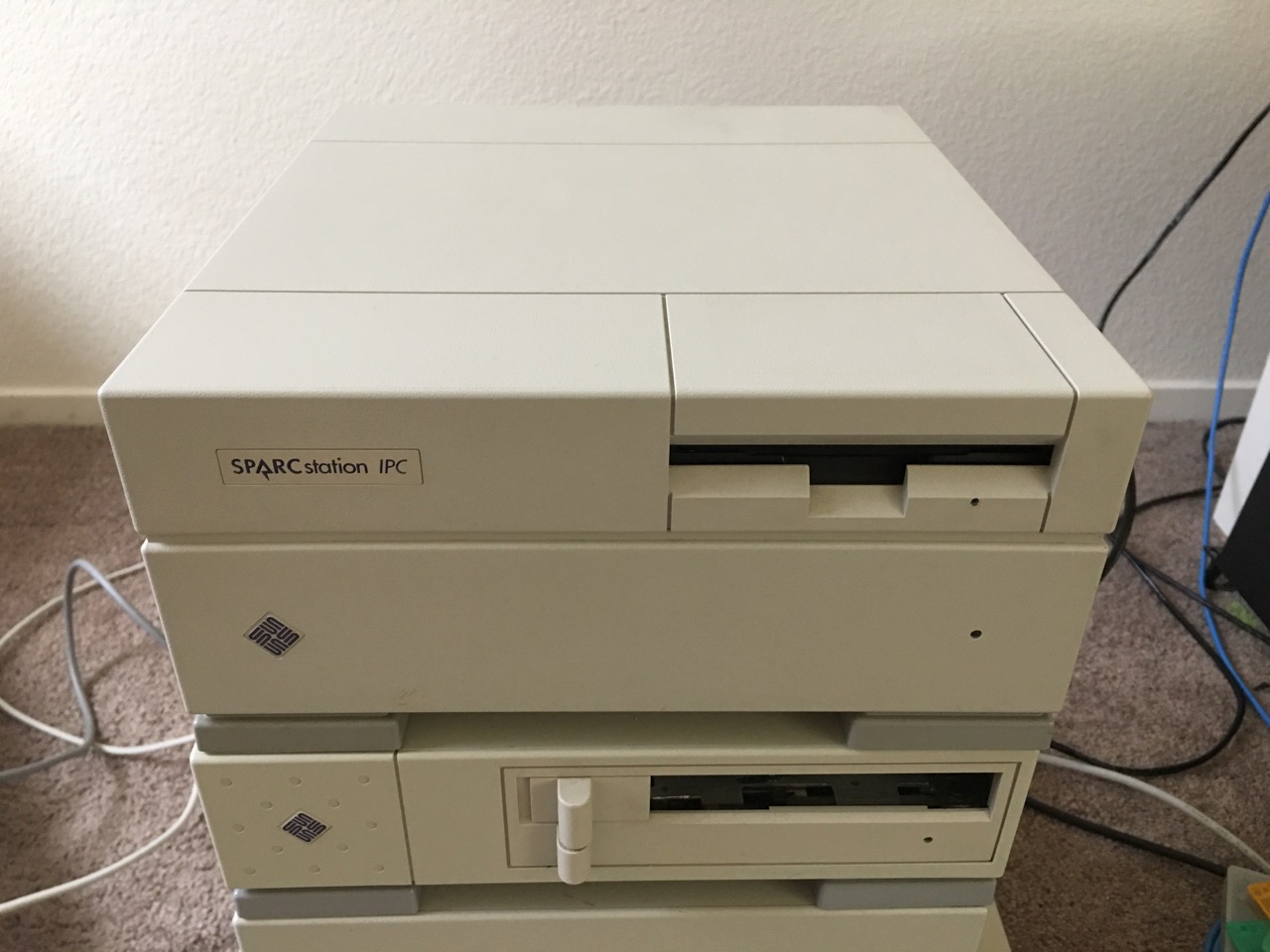 Added a new machine to the inventory this weekend. I received it a week or two ago but it was non-operational with a broken power supply. I repaired the power supply and got it fully working!

Link to inventory page for phoenix

After my last post I pulled out the frontplane assembly from the non-working Octane to examine it a little closer. Sadly, it looks like a good amount of the SMD electrolytic capacitors on the board have leaked their electrolyte onto the board. There’s 49 electrolytics on the board, but I’m going to attempt to replace them and see if that revives this board. Hopefully the electrolyte hasn’t completely hosed this board. 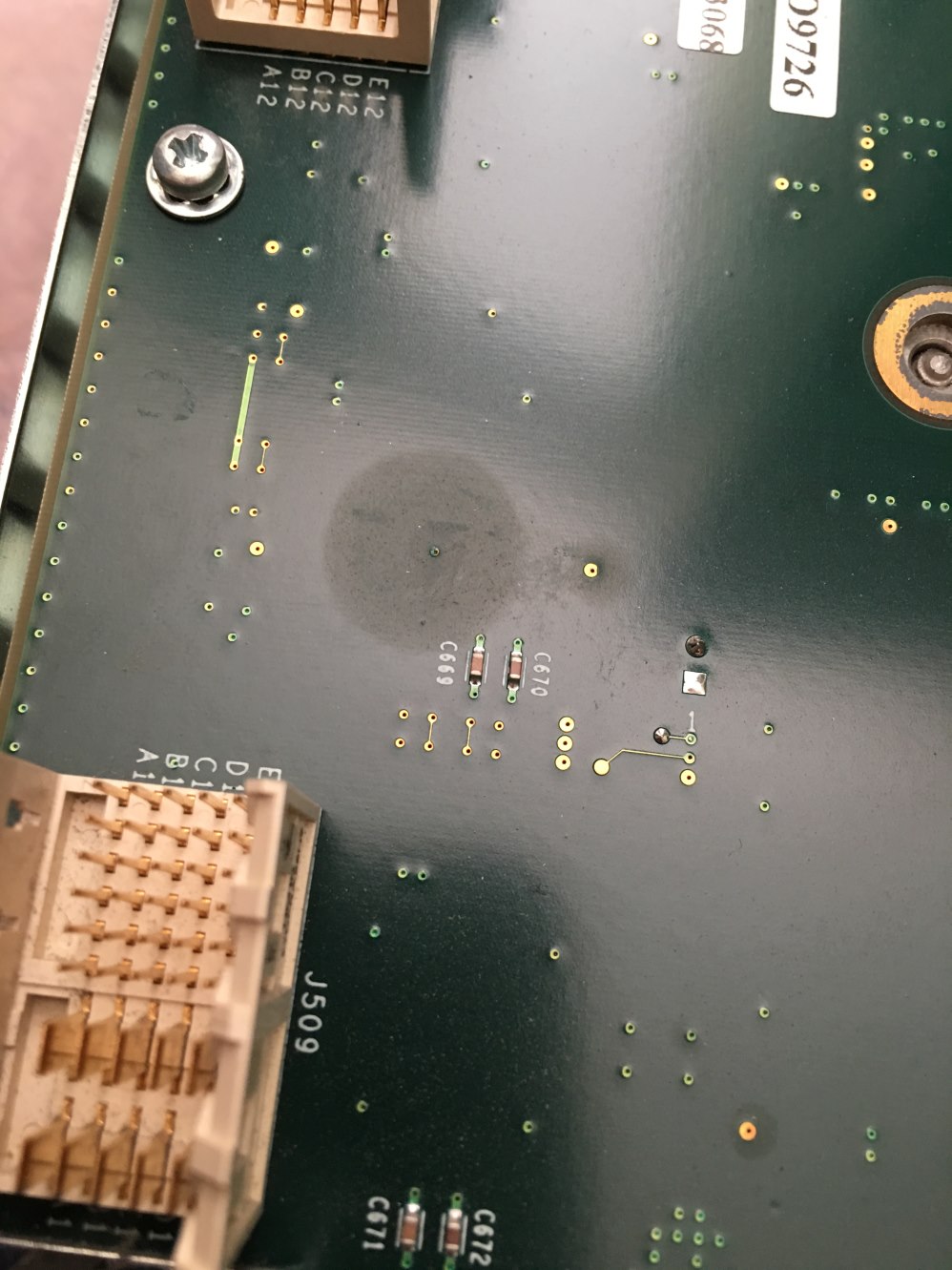 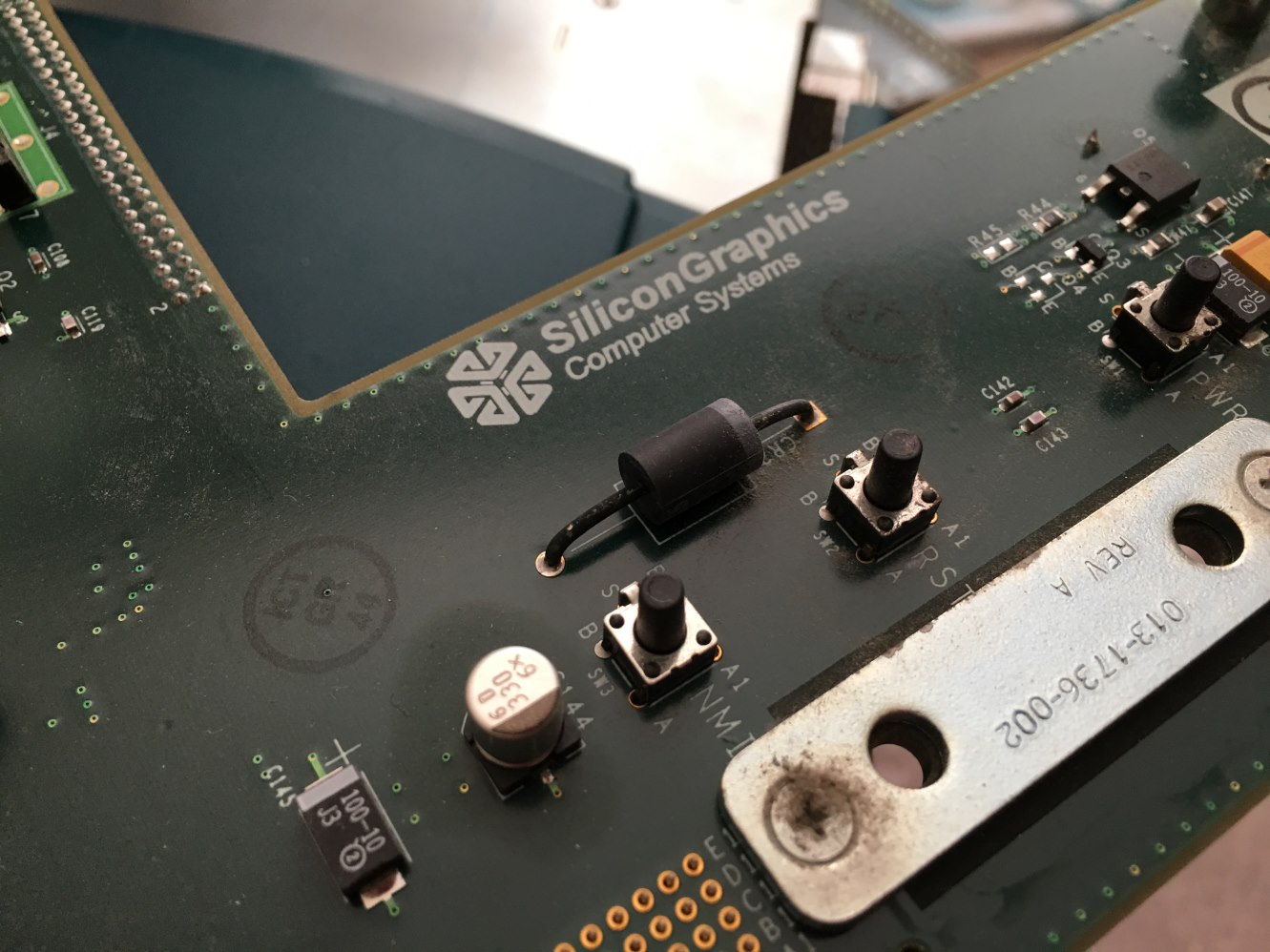 I got my two beat-up Octanes earlier this week, then I finally got the IP30s with dual CPUs and RAM this afternoon. After much back and forth and swapping components between machines I’ve ended up with the following results: 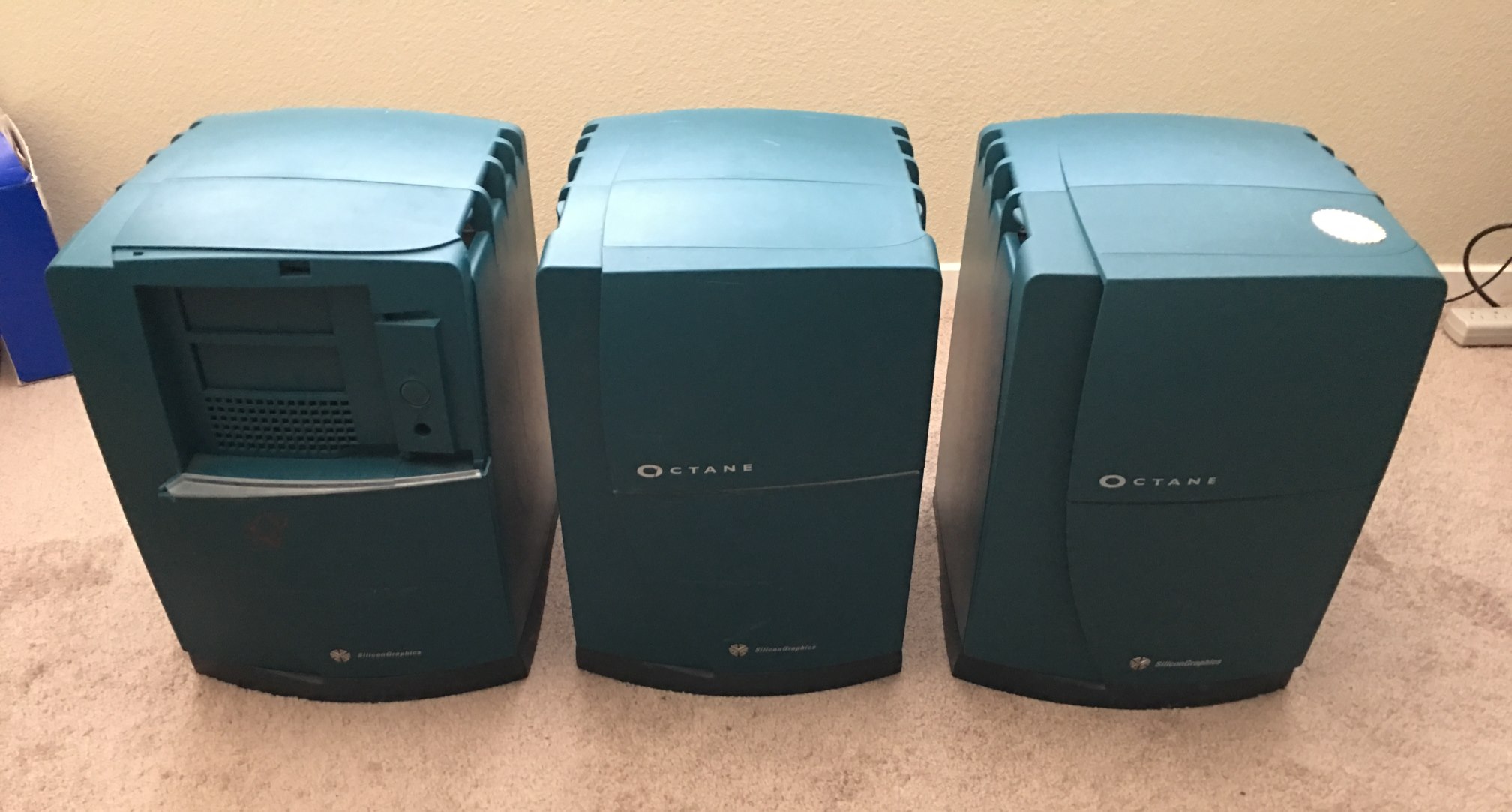 Initially, Octane #1 chimed, the graphics came on, and passed diagnostics, but whenever I tried to boot either from the hard drive or from the network (via irixboot) it would throw a nasty looking error and halt. I could boot fx fine, but inst would error out pretty quickly.

I couldn’t get past this error at all, so I powered it off and switched over to the other Octane to see how functional that was.

That one wouldn’t show anything on the monitor. I ended up switching to the graphics card from the other machine and finally got it to display. After that everything was peachy with the machine; I was able to install 6.5.30 over the network without issue and it boots fine now. After finishing the install and running the diagnostics, I moved back to the first machine.

I tried to boot it up and it wouldn’t even spool up the fans anymore. It’s just dead. Usually when you plug in an Octane power supply you hear a relay click pretty quickly, but this power supply now just very faintly buzzes. I think maybe a relay is stuck. I’ll probably open it up later and see if I can identify the problem or just bang on the relay a little bit to get it to move.

The graphics card is more troublesome for me. Both of these SE cards were working perfectly before. One came with my first Octane a few weeks ago and worked just fine until I swapped it out with an MXI board. The other SE board came just this past week and worked fine in my original Octane before I moved the TRAM and EVO board over to my MXI. I tried the “bad” SE in both of the Octanes I was working on today and neither of them recognize it at all, like it’s not plugged in. I reseated it half a dozen times and same story.

In separate news I also got some spare parts in for my Indy: a motherboard (with RAM) and a power supply. The hope was that swapping these parts would resolve the odd noise issue. No dice here either. After swapping the board and the PSU the noise is just as apparent as it was before.

Not a lucky day!